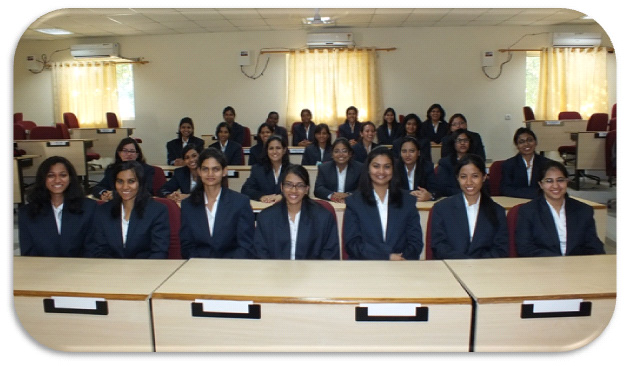 IIM Kashipur has witnessed a revelation. Breaking the jinx the number of girls in the PGP 2013 batch jumped from 1 last year to an astounding 26 this year around. Such a staggering increase, though not completely unexpected due to the fantastic facilities on offer in the newest offering from the esteemed group, the IIMs, was certainly splendid news. It was also indicative of IIM Kashipur coming out of the shadow of the so-called ‘new IIMs’.

Quiz Sajal Luthra on why she left institutes like IIM Raipur, Trichy and Rohtak and she cites the welcoming nature of the seniors and easy access to information about the institute on various social media portals that tipped the scales in favour of IIM K2. Also an opportunity to learn from a dynamic and vibrant personality like the director, Dr. Gautam Sinha was an opportunity that she just couldn’t miss. She is also eagerly looking forward to the Spanish and Taekwondo classes starting shortly.

Ask Natasha Singh, an inhabitant of the hot and happening capital of the country and she attributes this to a lot of factors not least of which surprisingly, is the contrast the place offers. A retreat from the hustle bustle, traffic and incessant noise enables students to not only concentrate on the hectic schedule that they have to follow but also gives them a welcome opportunity to have quality interactions with each other. It gives them a chance to get their priorities straight; and if you ever feel the need to party after a hard week, the fellow students are just the right company. She also talks about the perks of studying in an upcoming institute; while other ‘established’ b-schools already follow a set procedure and a structured model, newer institutes can make their own rules. They can form their own clubs, face new challenges and take up ventures with only themselves and their peers to guide them and this baptism by fire not only refines them but redefines them.

Hostel life is something that not many girls had experienced before and they are embracing every ounce of it. The seniors are fast going to have to get used to romantic Hindi songs being played on the speakers instead of the heavy metal that they were used to; lose live football matches to music channels and lose at least some of the careless privacy that they enjoyed earlier.

And so begins another academic year at IIM Kashipur; this time, with a lot more representation from the fairer sex. And the ladies have not only arrived on the scene but they are fast looking to capture it. There is not only huge participation but intense competition as girls are crashing the boys’ party in everything from sports and cultural events to core committee positions and academics. Sometimes, they miss their families and friends whom, for the next two years they are going to get just fleeting glimpses of. Sometimes the mountain of endless assignments and ceaseless quizzes seems unscalable but they still tenaciously manage to do it with flair. As Rocky Balboa says,” It ain’t about how hard you hit. It’s about how hard you can get hit and keep moving forward.”Life is not about the things that you have put down in black and white marked ‘to be submitted’ which matter so much as the crumpled sheets of ideas and initiatives that lie in the dust bin.

It’s a new dawn at the youngest IIM in the country. A new beginning. A new tomorrow with endless possibilities awaits. New summits to scale, new heights to attain and new lessons to be learned. So here’s looking forward to two more exciting years.